GOODRAM Industrial / About us / History 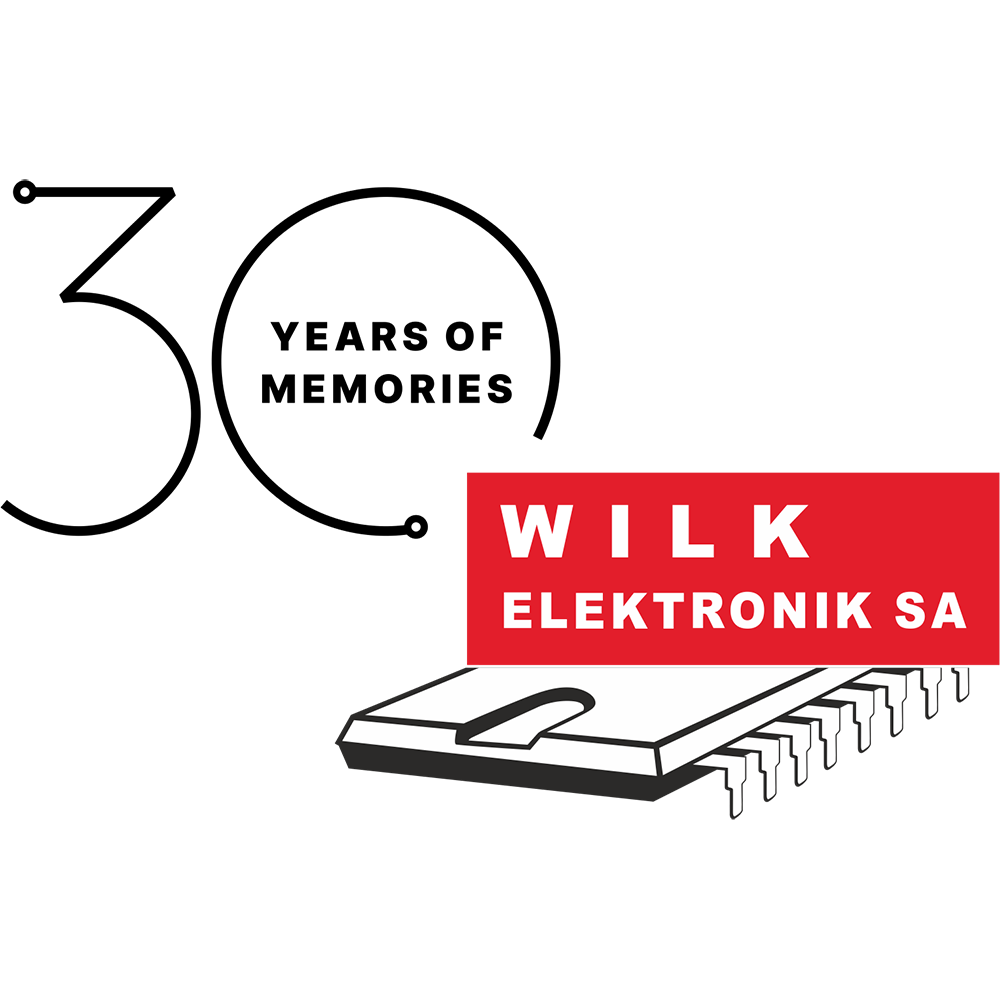 GOODRAM is a brand of computer memories produced by the Polish company Wilk Elektronik. Since 2003, the GOODRAM logo has been signed for portable and computer memories dedicated to both individual customers and enthusiasts, as well as intended for use in industrial applications and servers. Over 30 years of market and production experience, authorial engineering and R&D solutions, as well as advanced quality control procedures guarantee reliable and innovative products of the Polish brand. GOODRAM memories are available all over the world, receiving positive opinions and recommendations from both consumers and IT sector experts.

Wilk Elektronik SA is a Polish producer of GOODRAM brand computer memories. Just after a few years, the company, founded in 1991 as a distributor, has become a leading supplier of computer memory in Poland. At the end of the nineties, about 70% of the memory modules sold in Poland came from Wilk Elektronik. Narrow specialization and many years of experience in the industry allowed the company to become an expert in the area of computer memory. In 1999, the company was transformed into a joint-stock company. Since then, memory modules with a warranty sticker from Wilk Elektronik SA have become a synonym of the highest quality product.

Wilk Elektronik is registered. Initially, it specializes in the distribution of computer components with an emphasis on memory.

The year 2001 brought, as it was thought, the biggest crisis in the computer industry. Nevertheless, the company not only maintained its leading position, but managed to establish close cooperation with the global technology leader, Infineon (Qimonda). It was the second strategic alliance after the agreement signed with Micron Technology five years earlier. The recognition of leading computer memory companies translated into an increased product portfolio, but most of all, it provided the basis and necessary knowledge for the launch of the only memory factory in Central and Eastern Europe.

In mid-2003, the company moved its headquarters to Łaziska, where it established a factory and offices with a total area of 3,000 sqm. The new Wilk Elektronik SA headquarters employed nearly 100 people, who started working on the launch of the first memory factory in this part of Europe. At the end of 2003, Wilk Elektronik SA launched the first RAM memory modules manufactured in Poland under the GOODRAM brand. Already in the first year, the company sold nearly 400,000 units of GOODRAM branded memory in Poland. The next step was the introduction of GOODRAM USB flash drives and memory cards in 2006. To boost the development of this product line, in 2008 Wilk Elektronik SA established a strategic cooperation with the global leader of flash technology – Toshiba, currently Kioxia. The recognition of the company was confirmed by the fact that Wilk Elektronik SA was awarded the status of a strategic partner of the Toshiba brand in Europe. Since then, GOODRAM storage products have been made using the best components and technology from the Japanese manufacturer. At the end of 2009, Wilk Elektronik SA launched the first in this part of Europe, fully automated production line of USB flash drives. Initially marked with the GOODDRIVE logo, the Polish manufacturer’s USB flash drives have moved to GOODRAM brand just a bit later.

Since 2010, the company has recorded another significant growth in export sales and the GOODRAM brand has become available to customers all over the world. Currently, the share of export sales exceeds 70% of the company’s total turnover, and products with the GOODRAM logo are available in countries all over Europe, in Russia, as well as Asia and Africa.

In 2013, on the 10th anniversary of the GOODRAM brand, Wilk Elektronik SA had an even stronger and stable position of its brand on the market, and also invested in the most advanced production technologies. As part of the investment worth 1 000 000 euros, one of the most advanced and innovative SMT machines, the Panasonic NPM-D2 series, was deployed in the modern production hall. The equipment purchased by Wilk Elektronik SA were the first of their kind installed by Panasonic in Europe. Wilk Elektronik’s investment allowed to increase the production capacity and expand the brand offer, as well as the brought incredible flexibility in expanding the factory in the future.

Following the dynamic development, in 2013, GOODRAM introduced solid state drives and hard drives to their consumer portfolio. Thanks to the high quality and reliability of the manufactured drives, GOODRAM is the best-selling SSD brand in Poland, while the IRDM PRO SSD is currently one of the most popular consumer SSDs in the country/ The brand achieved an equally high position in terms of sales of other products. Memory cards and USB flash drive, as well as DRAM modules, are on the top of annual sales rankings of memory products.

The success guaranteed by the IRDM PRO drive, as well as years of building customer trust, have led the company to expand its high-performance lineup with new products, creating a full range of IRDM performance products, spread across several product groups. The IRDM line includes SSDs, memory cards and RAM modules.

IRDM joins the Wilk Elektronik brand portfolio as a response to the market demand for high quality and performance products.

Rebranding of GOODRAM Industrial and other brands. Refreshing the image and logos to create a consistent experience of users communing with GOODRAM products around the world.

We are constantly growing and looking for specialists for our team. Check current vacancies and apply!

Stay up to date - join the recipients of our newsletter!

Before entering the website, we would like to inform you about the processing of your data and the rules on which it is done. Read our privacy policy and if you accept its rules, click the "I accept" button or the "x" icon in the upper right corner.